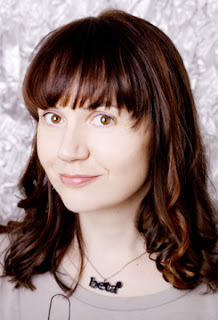 Helen’s show, 'It IS rocket science' is a humorous look at the people involved in space exploration. It was recently aired on BBC Radio 4 and has been performed at the Edinburgh Fringe. I caught up with Helen in Aberdeen where she did a short version of her show for, 'Skeptics in the Pub' in March.

I’m a massive fan of Sergei Korolev. He was unknown during his lifetime because the Soviets thought the West might try to assassinate him. But he had an extraordinary life—from being imprisoned in a gulag to becoming chief designer of the Soviet space programme—the man behind the first man in space. When you look at the shoe-string nature of the Soviet operation, it becomes clear how much sheer willpower must’ve been needed from Korolev to get everything off the ground. (We actually talked rather little about him on the radio. It’s harder to make jokes about a real inspiration than, say, the American scientist Jack Parsons, who performed 'black magick' in his garage…)

Have you ever met a space scientist/astronaut?

Sadly, no astronauts. I see that Colonel Al Worden is talking in Glasgow in May and I’d love to meet him—or just stare at him!— because he performed the first deep-space spacewalk, about 200,000 miles from Earth. I have met lots of space scientists, though. I did a few shows at the Fringe with ex-nasa astrophysicist Dr. Sophia Khan. This year, I also met Reg Turnill (legendary bbc space commentator & journalist), which was pretty amazing. I asked him what all the great figures of the space race were really like, because he’d known them all!

What sparked your interest in space?

I was interested as a kid, particularly in the moon. I remember Halley’s Comet going over and finding it absolutely fascinating. Also, (and this may sound a bit strange) the Carpenters song Calling Occupants of Interplanetary Craft really charmed and delighted me when I was five or six.

Why turn that interest into a comedy show?

However funny they are, listening to anyone talking for an hour is potentially quite trying, so when I put my first show together I decided to talk about something I was passionate and enthusiastic about, and which had a narrative to it, not just strung-together stand-up. It helps that a lot of the people involved in the early days of space travel were both struggling to attain their dreams and, like, really odd!

Science rarely mixes with comedy. Did people take you seriously at first?

People from science backgrounds have been incredibly enthusiastic and supportive. I’d like to think this is because I made a big effort to get the facts right, so that those people weren’t sitting in the audience and wincing. As for the comedy scene, the wonderful thing about the Fringe is that people are willing to take chances on odd ideas, and see something as peculiar as a show about the history of space rockets. I think I’d have met with bewilderment if I’d been doing the show at a 'mainstream' comedy club on a Friday night. But in general, there’s massive love and enthusiasm for space, even from people you wouldn’t usually regard
as interested in science.

You studied English at university, and Au will be distributed at the WORD festival. Any favourite space-related books or quotations?

I often re-read The Hitchhiker’s Guide to the Galaxy, like everyone should! My dad was a postman and had a seemingly endless stock of poems and songs that he used to go over on his round. He’d quote Walter de la Mare’s The-Ride-By-Nights to me when we were out looking for Halley’s Comet. I still look up at the stars and reflexively think, “Ah, ‘where Sirius barks behind huge Orion’”.

What’s next for Helen Keen?

With any luck, I’ll be hosting a couple of Spacetackulars! on the Free Fringe in Edinburgh this year with Matt Brown. They’ll be science/comedy/tinfoil-costume extravaganzas, where people will use memorabilia—airfix space shuttles, Star Wars posters, moon boots, whatever—to talk about space. I’m also a guest on the Infinite Monkeys tour with Robin Ince, Brian Cox, Simon Singh and Ben Goldacre. And I’m just starting (very slowly!) to write a new show about robots and The Future. I’ll be taking that to a few festivals (not Edinburgh this year) as a work in-progress.

Finally, do you believe that humans really went to the moon?