By Heather Doran
I like to talk. Speak to me... 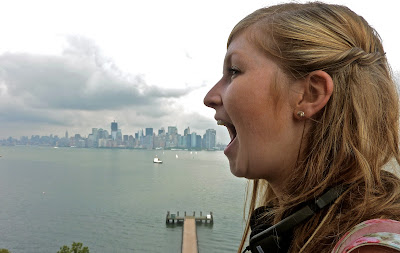 or read more about me on Linkedin

By Heather Doran
This week there's been a higher than normal amount of discussion around to the topic of 'the death of social media', well, there has been on my social media networks. And that links to what I want to talk about in this post. The Atlantic published a piece yesterday on 'The Decay of Twitter' which followed the announcement that Twitter was running at a financial loss. Today, Essena O'Neill announced that she is quitting Instagram because social media 'isn't real life'.  I've found the discussions around both of these really interesting but many discussions about social media often assume a couple of points that I think should be thought about further and these haven't really been addressed in commentary that I have seen. 1) Everyone should be using the same social network Obviously for a social network to be a social network it needs users and for business (like Twitter) additional users is a sign that they are doing well. But as a use
Read more

By Heather Doran
All my wonderful lady friends (I'm talking to the non sciency bods here) I need your help. Please watch the video below and leave a comment on my blog page (at the bottom of this page) letting me know what you think of the video (giving your current job - you don't need to leave your name). Does it make you want to work in science? Update 18.7.12 Thanks for all the comments! I  forwarded them on to the EU commission that produced the video. They did receive quite a response to the video from across the globe, and a few 10000 blog posts!! Here are a few reflections  - Science, a people thing  - I think this is the blog post I agreed with the most  From the Guardian - Science: it's a girl thing! A viral fiasco New Statesman Huffington Post (UK)   - they ask 'is the video sexist?' Wall Street Journal - describe it as a porn film They did take the video down, and here is the website now - http://science-girl-thing.eu/
Read more

Next month (November) I will be continuing my Churchill Fellowship with a trip to Shanghai and to Tokyo. As you can imagine I am very excited about taking this trip.  I  will be meeting with a number of interesting people including two research groups that focus on science communication in China and in Japan. It's going to be a new experience for me and I'm looking forward to the trip. But before I head on my way I wanted see if there are any particular questions people wonder about science and science communication in China and Japan from my blog readers.  It would be great if you could tell me if you  interact/follow any great science focused accounts that are based in China or Japan. I would be interested to know if there are any particular pages or accounts that people really love. I also want you to help me (and  researcher  Paige Brown Jarreau  ) to understand more about who reads this blog and other blogs related to science.  You will also get FREE science a
Read more