Answer this question for me - How many times a week do you consume chocolate?

Can you (a) remember how much chocolate you have eaten in the last 7 days? Was it the same amount as last week? (b) Do you know you ate 5 Mars bars, a Twix and a bar of Cadbury's while watching Titanic 3D last night, feel that might be a little excessive and lie to me? 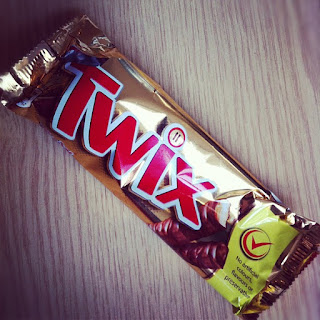 What do you think other people would say in answer to this question? Would you trust their answers?

This is the exact question that was asked to participants in a study looking at the relationship of chocolate consumption and BMI. Did they take into account any of those scenarios or questions I just asked? No.

A well timed (just before Easter) news story appeared EVERYWHERE this week, claiming that
Chocolate 'may help keep people slim' (headline from the BBC). Today there are 571 articles (from a Google News search) saying pretty much the same thing.

This is published work, in a peer reviewed scientific journal (archives of internal medicine). That must make it credible research and a valid conclusion. I celebrated yesterday by eating a Twix, then a slab of chocolate.

Unfortunately the paper is behind a pay wall (you have to pay to access it), so it is not freely available for everyone to read.

They didn't take into account that people lie about how much chocolate they eat. The study asked participants what else they eat (and guesstimated the subjects total calorie intake from that), asked how active they are (people lie about this too) and then measured their BMI. They did control for some variables in the analysis - age, activity, sex, mood, saturated fat intake, fruit and vegetable intake and found that in all cases people that ate chocolate more often were associated with a lower BMI. They did screen people before they took part in the study for some medical conditions, but not all related to weight (see study basics below).

The average BMI for the people in the study was 28 (classified as over-weight) so the headlines about more chocolate makes you slim seem completely unfounded.
The study has some serious limitations..(they only controlled for a few variables and didn't look at a whole range of medical conditions) and is a prime example that people should read and make an evaluation of a 'finding' before reporting it. I'm a bit sad that this was found in a peer reviewed journal.

One thing to note though.. there doesn't seem to be any conflicts of interest (the research was not funded by a chocolate manufacturer!)


Basics of the study: They enrolled 1000ish people both men and women, aged between 20-85

'with no known cardiovascular disease, diabetes, or extremes of low density lipoprotein cholesterol (LDL-C) levels (115-190 mg/dL inclusive [to convert to millimoles per liter, multiply by 0.0259]), were screened for participation in a broadly sampling clinical study examining noncardiac effects of statins'

They asked them,  "How many times a week do you consume chocolate?" Once.  They then measured their BMI (there are known problems with this measurement already, read here) and then they filled out the Fred Hutchinson Food Frequency Questionnaire. They also asked them how active they are (how many times per 7-day period they engaged in vigorous activity for at least 20 minutes and mood was assessed using the Center for Epidemiological Studies Depression Scale (CES-D). "Because mood could serve as a confounder mediator, analyses were conducted with and without CES-D adjustment"

Results: They found that, the mean age of the subjects was 57, 68% were male and the average BMI was 28 (not exactly a group of skinny minnies, a BMI over 25 is classed as overweight)