Showing posts with the label hapsci
Show All

By Heather Doran December 14, 2015
As many people are looking for presents at this time of year I thought I would round up some of my favourite books that I read in 2015 (along with a few other favourites). My plan was to write full reviews of all of these books but somehow it is the end of the year and I never quite managed it. This year has gone by so quickly. If you have any suggestions of your own please add them below. I am looking for a few new reads over the holidays So You've been Publicly Shamed, Jon Ronson I really enjoyed this book and the follow ups Jon has done with people who have become well known for all the wrong reasons due to exploits, mishaps and misinterpretations on social media. It starts to think about how and why people behave like they do online and it could go into a little more depth but is a great read to make you think about how mob mentality, anonymity and online behaviour in general can be a powerful tool but also a dangerous force. How to Thrive in the Digital Age, Nick
Post a Comment
Read more 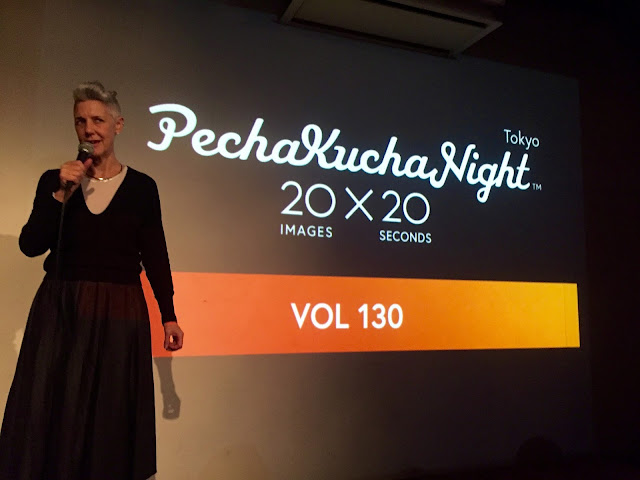 The last week of my Churchill Fellowship was spent in Tokyo, Japan. I learnt an immense amount about Japan, it's attitudes to science, engagement initiatives and its use of social media ... did you know Japan has a social network called Line ? No, me neither... My short trip also included a PechaKucha presentation, a debate about whether we could love robots and a meeting with the ultimate in robots, ASIMO. Tokyo was incredible. I completely fell in love with its chaos, speed and the people. During my week I went along to the PechaKucha nights and spoke about my Fellowship and my journey in science communication. You can watch it below. If you don't know what PechaKucha is, you have 20 images and 20 seconds to talk about each one. It's a challenge but great fun. The night was really enjoyable and there was about 250 people there. I really enjoy running the PechaKucha nights in Aberdeen so it was fantastic to meet with the founders and organisers of the nights. It
Post a Comment
Read more

Science, China and why we should all take notice of WeChat. 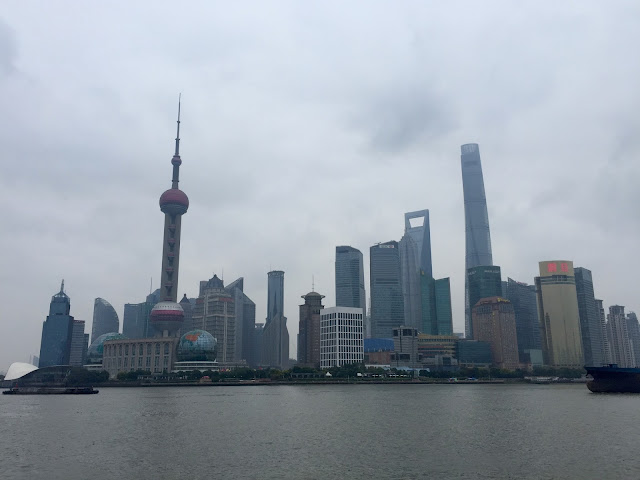 I spent last week in Shanghai exploring the use of social media to communicate science as part of my Winston Churchill Memorial Trust Fellowship . I had an extremely busy week and was lucky enough to meet with researchers in science communication, representatives from Nature and the Royal Society of Chemistry in Shanghai. Who all gave me extremely valuable insights into science communication and social media in China. Welcome to Shanghai! The majority of my time was spent at Shanghai Jiao Tong University , which is a well established institution in China. I visited researcher Dr Yi Mou who has written a number of papers about the use of social media for health messaging and its uptake by academics on a professional basis in China. Yi Mou also translated some interesting findings from science communication surveys in China that have been conducted over the past number of years. Me, Dr Li Mou and Dr Nainan Wen from Nanjing University where I also visited I was incre
Post a Comment
Read more

By Heather Doran November 03, 2015
This week there's been a higher than normal amount of discussion around to the topic of 'the death of social media', well, there has been on my social media networks. And that links to what I want to talk about in this post. The Atlantic published a piece yesterday on 'The Decay of Twitter' which followed the announcement that Twitter was running at a financial loss. Today, Essena O'Neill announced that she is quitting Instagram because social media 'isn't real life'.  I've found the discussions around both of these really interesting but many discussions about social media often assume a couple of points that I think should be thought about further and these haven't really been addressed in commentary that I have seen. 1) Everyone should be using the same social network Obviously for a social network to be a social network it needs users and for business (like Twitter) additional users is a sign that they are doing well. But as a use
1 comment
Read more

Next month (November) I will be continuing my Churchill Fellowship with a trip to Shanghai and to Tokyo. As you can imagine I am very excited about taking this trip.  I  will be meeting with a number of interesting people including two research groups that focus on science communication in China and in Japan. It's going to be a new experience for me and I'm looking forward to the trip. But before I head on my way I wanted see if there are any particular questions people wonder about science and science communication in China and Japan from my blog readers.  It would be great if you could tell me if you  interact/follow any great science focused accounts that are based in China or Japan. I would be interested to know if there are any particular pages or accounts that people really love. I also want you to help me (and  researcher  Paige Brown Jarreau  ) to understand more about who reads this blog and other blogs related to science.  You will also get FREE science a
Post a Comment
Read more

How to Be A Social Media Wizz: Top Tips for Researchers 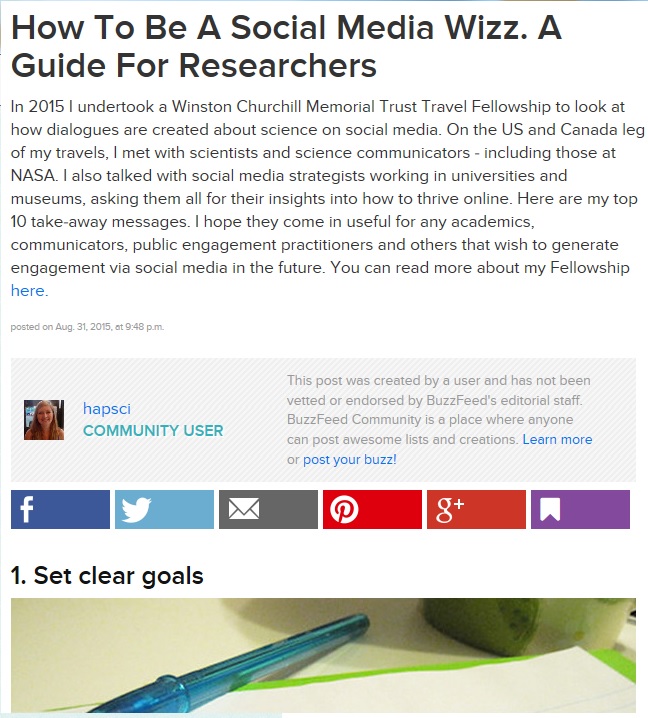 I have written a Buzzfeed post of the 10 top tips I have gathered from science communicators, universities and science writers in the US and Canada... click on the image below to be taken through to the guide. I hope you find it useful. This list was compiled as I undertook my Churchill Travel Fellowship. I also wrote up some good example case studies and how to plan a social media engagement strategy on the LSE Impact Blog .  I wanted to take this opportunity to thank everyone that supported me and met with me during my Fellowship. Everyone I met was so open about discussing what they do. I was worried that people wouldn't want to speak openly to a stranger who was external to their organisation but that wasn't the case at all. Every single person I interacted with was incredibly welcoming. Their thoughts and views have definitely impacted on me and how I will approach everything in the future. Many discussions included not only the focus of the sharing of science a
Post a Comment
Read more 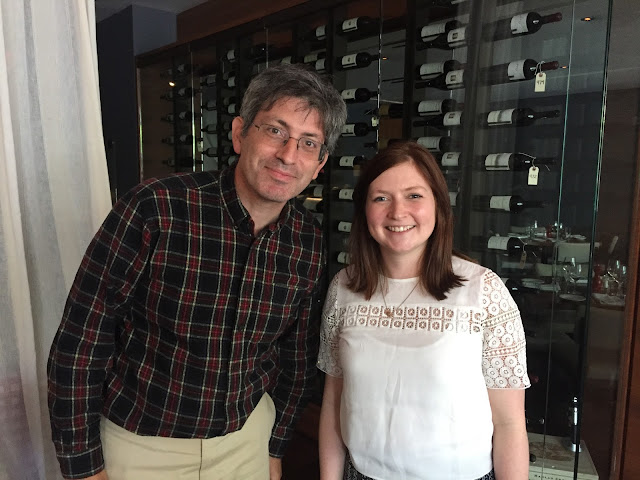 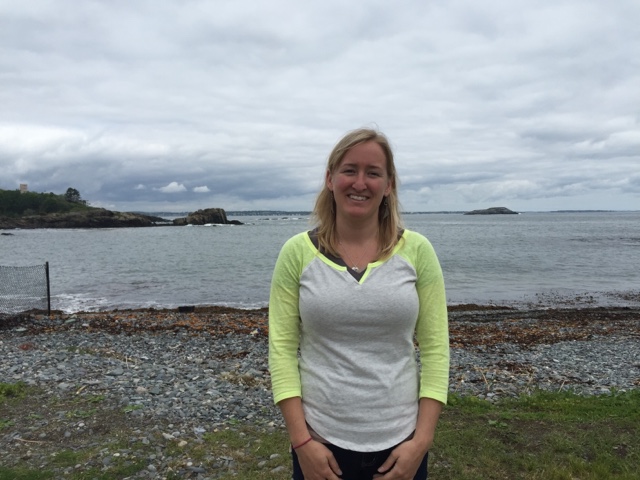 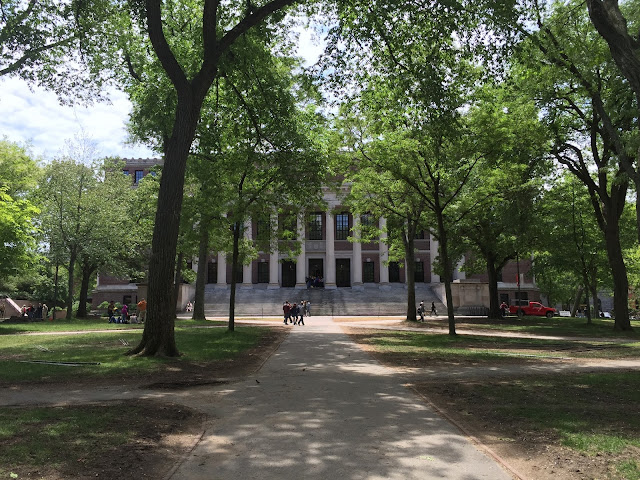 For the  next part of my journey I visited the beautiful Harvard campus. I met with a number of scientists that use social media and a number of social media managers. Harvard Harvard is really easy to get to on the T line and is a beautiful campus to explore. The graduations had taken place the day before. There were lots of tents and food-trucks set up around the campus and a really vibrant atmosphere. It helped that the sun came out too! Here's a video round-up of my visit - no hair in my face this time! Between meetings I took a quick tour of the Harvard Museum of Natural History which has some incredible collections. My favourite exhibit in the museum is the  glass flower collection, which I stumbled upon by accident. I thought these were persevered flowers but they they were all made from glass for the teaching of botany. Yep, not a real flower... Cabinets of glass flowers at the Harvard Museum of Natural History The museum is really acti
Post a Comment
Location: Harvard Museum of Natural History, Harvard University, 26 Oxford Street, Cambridge, MA 02138, USA
Read more
More posts